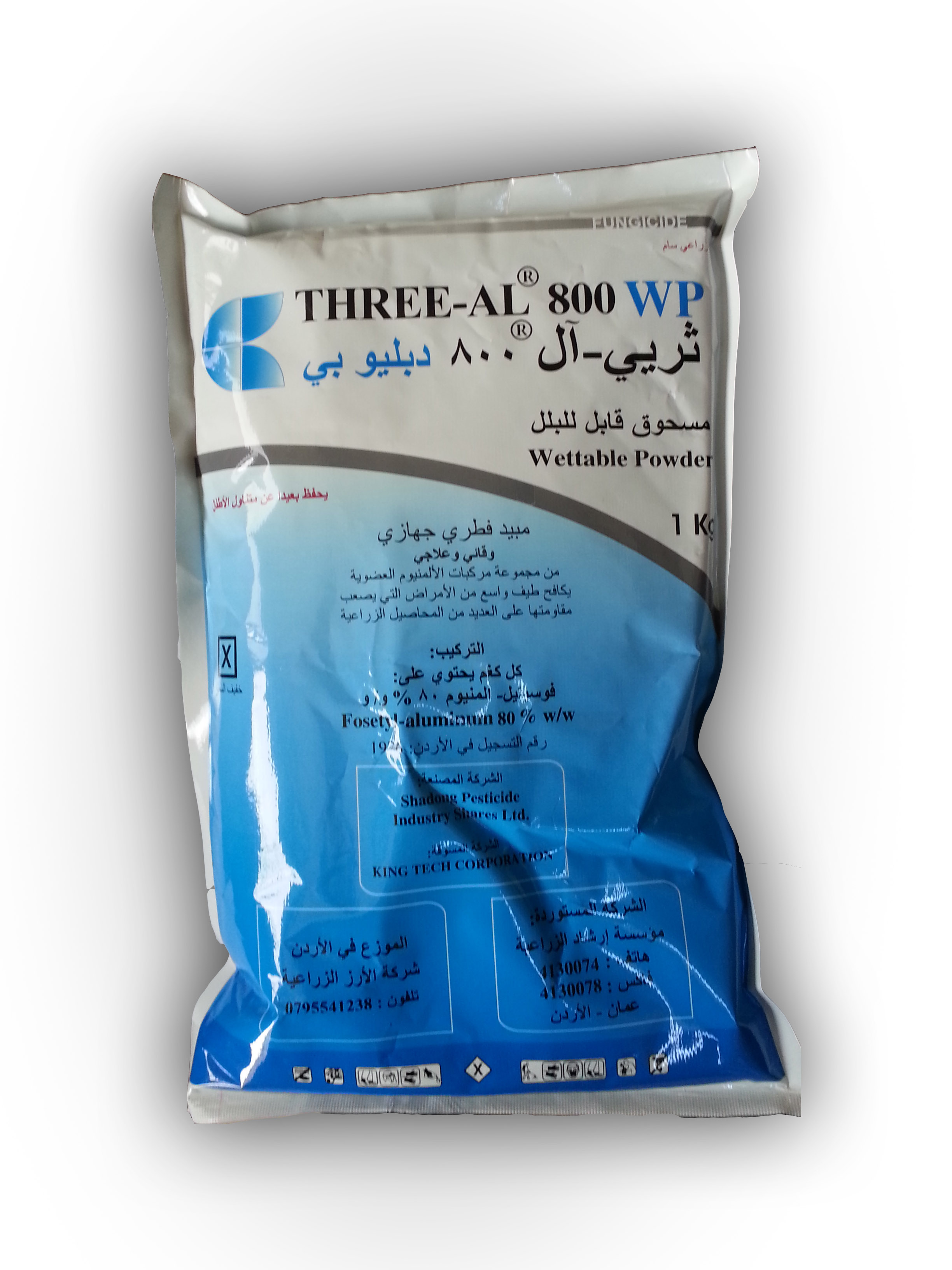 Mode of Action :-
Systemic Fungicide with protective and curative action , Rapidly absorbed , predominantly through the leaves but also through the roots,with translocation both acropetally and basipetally . acts by inhibiting germination of spores or by blocking developments of mycelium

Three-AL is a fungicide with protective and curative action .

Three-AL Acts by inhibiting germination of spores or by blocking development of mycelium .

There is no counter dose, are treated as virtual symptoms.

Advised not to enter the field before splashing two days after the date of spraying.

toxic to bees and fish.